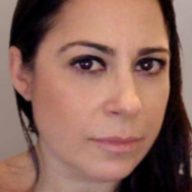 For the last twenty years Jennifer has taught extensively at all levels of undergraduate and graduate design education. At the University of the Arts where she taught part-time for twelve years, she spearheaded the integration of motion and the exploration of multiple media as a venue for visual narrative in the graphic design curriculum. While teaching for four years at the graduate level in the Pratt Graduate Communications Design MFA, she continued her research into narrative across media through shaping curriculum focused on the utilization of technology in communication design, as well as teaching design theory and graduate seminar. In 2014 she became a full time faculty member in Graphic Design at Rutgers University-Newark.     Jennifer is also an accomplished design professional. In 1998 she co-founded her own New York based firm, Level Group, which specializes in design across multiple media platforms. As Creative Director Jennifer’s expertise in strategy and storytelling has helped her shape communications for clients such as Deutsche Bank, The Smithsonian National Air & Space Museum, HBO, the NYC Department of Education, P.S. 1 / MoMA, and MetLife. Her firm’s work has been recognized by awards from Graphis, 50 Books | 50 Covers, Print Magazine, Core 77, GOOD Design, the University & College Designers Association, GDUSA, and Creativity International. Prior to founding the firm, Jennifer was a Design Director at several New York City firms including Balsmeyer & Everett, Inc. where she designed title sequences for feature films including: Fargo (dir. Coen Brothers), Girl 6 (Spike Lee), The First Wives Club (Hugh Wilson), and The People Vs. Larry Flynt (Milos Forman). Jennifer’s essay “Re-framing Design: Engaging Form, Meaning, and Media” was published by Routledge in The Theory and practice of Motion Design: Critical Perspectives and Professional Practice (2018, R. Brian Stone, Leah Wahlin editors).   In 2015 Jennifer was an invited speaker at the AIGA National Design Conference in New Orleans, and in 2017 she presented at the MODE / Motion Design Education Summit at the University of Ohio. Her work has been published in Typographic Design: Form and Communication, 6th and 7th Editions (Carter, Day, Maxa, Meggs, and Sanders, Wiley: 2018, 2015), Making and Breaking The Grid 1st and 2nd Editions (Samara, Rockport: 2017, 2002), and Type in Motion: Innovations in Digital Graphics (Bellantoni, Woolman, editors. Random House: 1999). Jennifer received her B.A. from Brown University, and M.F.A. in Graphic Design from the Yale School of Art.