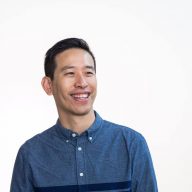 Lee-Sean Huang is the Design Education Manager at AIGA and is also the cofounder and creative director of Foossa, a consultancy that helps organizations tell stories, design services, and build community for a more inclusive and resilient future. His expertise is on the intersection between design and democracy. He is interested in the role of participation and play in the future of education, work, health, and civic engagement.

His work ranges from redesigning the experience of employee health and wellness at a Fortune 500 corporation to helping agencies of the United Nations better manage their institutional knowledge and refresh their public stories in changing times. He has taught senior organizers of the SEIU (Service Employees International Union) ways to rethink labor organizing in a networked age, advised a major social network on the multiple and shifting meanings of friendship, and conducted research supported by the European Union to build tools to scale online citizen debate and deliberation. Lee-Sean's career in designing participation and building movements began when he was a student at Harvard, where he studied Government and engaged as a community organizer and human rights activist. He later honed his campaigning and organizing skills running online-centered campaigns for Avaaz and Human Rights Watch. Prior to co-founding Foossa, Lee-Sean was the founding member of the design team at Purpose, a public-benefit consultancy that builds movements and new power models to tackle the world's biggest problems. Lee-Sean regularly teaches and writes about community-centered design and social innovation. He is a part-time lecturer at New York University, Parsons School of Design at the New School, and the School of Visual Arts. He has written for publications including GOOD Magazine, Fast Company, and the Huffington Post. He contributed to Wisdom Hackers, an anthology of essays by artists, activists and entrepreneurs published by The Pigeonhole in 2014 that explored deep questions of contemporary life. He was also co-author of the political science debate textbook Freedom Vs. Security: The Struggle For Balance published by Central European University Press in 2009.In addition to a bachelor's degree in Government from Harvard, Lee-Sean holds a masters degree from ITP, the Interactive Telecommunications Program at New York University. He serves as a board member of the Japan Exchange and Teaching Alumni Association of New York and the Desmond Tutu Peace Foundation. He previously served as a founding trustee of the Awesome Foundation New York. He also trains and teaches capoeira, an Afro-Brazilian martial art disguised as a dance, at the New York Capoeira Center.